After a heated debate in which the antagonists almost came to blows, Wassily Kandinsky, Franz Marc, and Gabriele Münter resigned from the Neue Künstlervereinigung München (New Artists’ Association Munich) on December 2, 1911. A mere two weeks after the confrontation, they and their fellow dissenters mounted a counter-exhibition at Galerie Thannhauser in Munich. Alongside their own art, they presented works by August Macke, Robert Delaunay, Elisabeth Epstein, Albert Bloch, David and Vladimir Burliuk, Heinrich Campendonk, Arnold Schoenberg, and Henri Rousseau. The full title, "The First Exhibition of the Editorial Board of 'Der Blaue Reiter'", made explicit reference to their almanac project: the programmatic yearbook that put the Blue Rider on the map as a circle of artists who saw themselves as members of a global creative community transcending historical periods and distinctions of genre.

"The whole body of work we call art knows neither borders nor nations but only humanity": that is how Kandinsky and Marc put it in their almanac The Blue Rider, which came out in 1912. The credo inspired the Lenbachhaus to put together a new presentation that embeds the Blue Rider artists’ works in the sweeping history of art and culture that the almanac illustrates. For the first time, the exhibition allows visitors to study with their own eyes the interconnections between Bavarian and Russian folk art, Japanese woodcuts, children’s drawings, contemporary music and the works of Balinese, Gabonese, Oceanian, Sri Lankan, Mexican, and Egyptian art reproduced in the almanac. The dialogue between outstanding works and artifacts on loan from other museums and the beloved classics from the Lenbachhaus’s own collection opens up new perspectives on the Blue Rider artists’ high-minded vision.

In keeping with the project’s focus on "group dynamics," one guiding idea of the exhibition is to highlight the circle’s collective creative processes: separate galleries are dedicated to their stays in Murnau and Sindelsdorf, where they sketched and painted side by side, and to reconstructions of the first and second exhibitions at Galerie Thannhauser and Galerie Hans Goltz in Munich. The presentation also rethinks the story of the Blue Rider as it has long been told, in which a "central cast" around Münter, Kandinsky, Marc, Macke, and Klee eclipsed other important members of the group including Elisabeth Epstein and Maria Franck-Marc.

Last but not least, the project scrutinizes the ways in which European colonialism informed the group’s conception of art. Their imagination constrained by the pre-World War I mentality of imperialism triumphant, the Blue Rider artists, like others, failed to put into practice an emancipatory idea of art that transcended the European horizon. Still, their conviction that the artistic productions of all peoples and times were ultimately of equal value was groundbreaking and remains a vital inspiration today.

The project is supported by the German Federal Cultural Foundation as part of its program "Global Museum. Collections of the 20th Century from a Global Perspective." The new presentation of art from the Blue Rider collection is followed by a second exhibition "Group Dynamics—Collectives of the Modernist Period", dedicated to international artists’ groups, that is scheduled to be on view from October 19, 2021, until April 24, 2022.

The Lenbachhaus participates in the project "MuSeenLandschaft Expressionismus," with the exhibition "Group Dynamics—The Blue Rider." The exhibition series "Avant-Garde in Color. Blue Rider, Brücke, Expressionism" also takes visitors to the Buchheim Museum in Bernried on the shore of Lake Starnberg, the Schlossmuseum Murnau, the Franz Marc Museum in Kochel am See, and the Museum Penzberg—Sammlung Campendonk.

The second exhibition "Collectives of the Modernist Period" 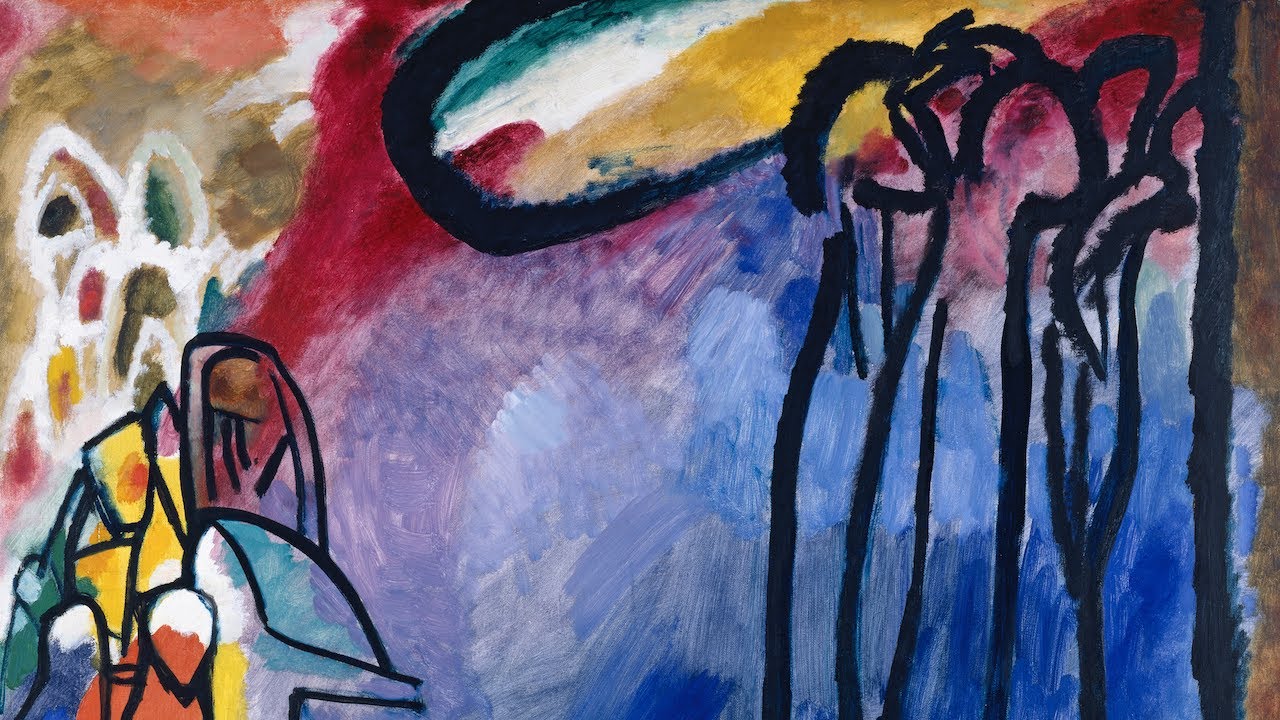