Under the Open Sky

Wassily Kandinsky and Gabriele Münter—we know them as leading figures of the Blue Rider. Yet the two were close collaborators for years before the artists' group was founded. The exhibition undertakes a pioneering reconstruction of their itinerant life between 1902 and 1908. The pair traveled widely and light, working under the open sky to create paintings in small formats and photographs. Oil sketches produced right in front of the motifs and photographs show scenes and sceneries in and around Kallmünz, Rotterdam, Tunis, Rapallo, Paris, and other destinations. Among these works are oil studies, photographs, and sketchbooks by Gabriele Münter that have never been on display in an exhibition. Letting us observe the two partners' unusually close shared engagement with the same motifs and creative techniques, they also illustrate how each developed his or her own and personal perspective on the settings in which they found themselves.

Having enrolled at the Phalanx art school in Munich in 1901, Münter took up an invitation from Kandinsky, who taught there, to join his class on a work retreat in Kochel in the summer of 1902. Carrying cameras, palettes, small pasteboards, folding easels, and resealable paint tubes, they got on their bicycles and explored the landscapes along the edge of the Bavarian Alps. They spent a second summer with Kandinsky’s painting class in Kallmünz the following year—this time as a couple.

Here they fell into a form of working in tandem that they would continue on their travels during the next several years and that left a clearly recognizable imprint on their art. They approached the same motif sampling different techniques, used photographs captured along the way as sources of inspiration for drawings, woodcuts, and paintings, and discussed the innovative ideas that each was developing.

From 1904 until 1908, the couple was mostly on the road. Mobility was the defining characteristic of their private life as well as their work on their art, in which they dedicated themselves to the landscapes and architectures of their travel destinations. Whether in Germany or the Netherlands, in Italy or Tunisia, they followed the itineraries recommended in the guidebooks of the time and selected destinations that had long been popular with tourists. Their technique evinces the influence of Impressionism: rarely using the brush, they applied virtually unmixed paints with the palette knife. The formats are small and intimate, with a focus on the handling of color. Unaffected by social realities, they sought to render the surfaces of the world around them as it presented itself to the eye.

Besides the oil sketches, they gathered a great number of photographs, the majority taken by Münter, who never went out without her Kodak roll-film camera. Suggesting the painter’s keen eye for composition, these pictures possess a striking quality that, for today's beholder, lends them genuinely artistic value in addition to their function as private documentation. Similarities as well as differences between the photographic and painted pictures speak to the questions that drove the two artists' shared quest for a modernist idiom, a contemporary pictorial aesthetic. It led them to reject academic convention and embrace the Impressionist model—in Kallmünz no less than in Carthage.

Their wanderings came to a close after four years abroad including, in 1906–1907, an entire year in Paris; back in Germany, they spent the winter in Berlin and the spring in South Tyrol before deciding, in the early summer of 1908, to abandon the restless and rather lonely life on the road and settle down in Munich for good. Their return marks the end of the exhibition, which draws attention to the creative symbiosis between Kandinsky and Münter in the early years of their relationship between 1902 and 1908.

Chart of their travels (PDF)

"For their first trip together, the pair loaded their bikes with the camera, folding easels and resealable paint tubes, and pedalled through the foothills of the Alps. By their second summer trip together a year later, to Kallmünz in Bavaria, they were a couple. Between 1904 and 1908, they travelled widely in Holland, Italy and Tunisia, portraying landscapes and architecture in small-format works heavily influenced by the Impressionists." (Catherine Hickley, The Art Newspaper) 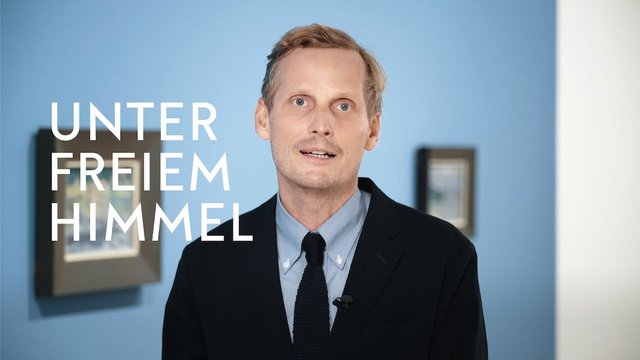 Under the Open Sky – Welcome and Introduction by Director Matthias Mühling 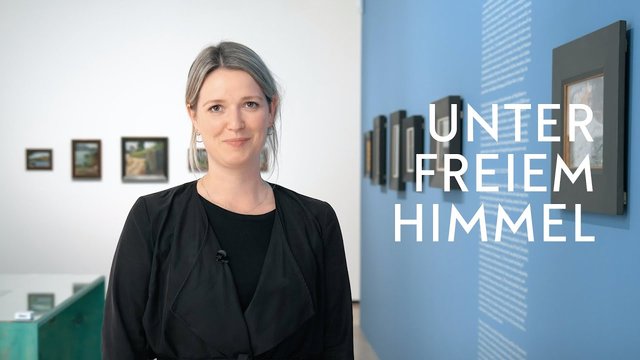