More modern art for the Lenbachhaus

The Lenbachhaus is honored to preserve the world’s largest collection of works by the Blue Rider artists. It owes this treasure first and foremost to the extraordinary munificence of Gabriele Münter, who, on occasion of her eightieth birthday in 1957, made a singular gift to the municipal gallery that transformed it into a museum of international renown. The donation encompassed numerous works by Wassily Kandinsky from the years until 1914, by Münter herself, and by their colleagues from the Blue Rider and its orbit. Several considerable gifts followed, including, in 1965, the exceptionally generous bequest of Elly and Bernhard Koehler jun., the son of the prominent patron and collector of works by Franz Marc and August Macke. They made the Lenbachhaus the single most important place for scholarship on and the public presentation of the art of the Blue Rider, which has been central especially to its exhibition programming for more than six decades. The spiritus rector behind this development was Hans Konrad Roethel, the Lenbachhaus’s director between 1956 and 1971. His successors Armin Zweite and Helmut Friedel likewise launched successful endeavors to enlarge the collection. Still, major desiderata remain: important works by artists associated with the Blue Rider that would be most welcome additions to the collection.

These art-historical "blanks" concern both certain periods and themes and some members and affiliates of the artists’ group. Most saliently, with the exception of Gabriele Münter, the collection until recently had no works by the women artists in the Blue Rider’s inner circle, such as Elisabeth Epstein or Maria Franck-Marc. Epstein was among the select few to participate in the legendary First Blue Rider Exhibition at Galerie Thannhauser in 1911. She was also Kandinsky’s sparring partner in important theoretical debates and served as the group’s correspondent and liaison in the Paris art scene. Maria Marc-Franck sent two works to the Second Blue Rider Exhibition in 1912 and brought vital impulses to the Blue Rider’s engagement with the theme of "the worlds of children." The Lenbachhaus mounted a first retrospective of the artist’s oeuvre in 1995, but the collection did not have a single specimen of her art, a lacuna we were now able to close with four acquisitions. Wilhelm Morgner, whose stylistically unique drawing of a brickmaker stands out amid the wide range of contemporary positions in the almanac The Blue Rider, is another artist who was hitherto missing from the Lenbachhaus’s collection. In the tempera painting "The Woodworkers" (1911), we were able to purchase a work that impressively exemplifies the artist’s fascinating and distinctive style.

The work of collecting and studying the art of the Blue Rider is by no means done. On the contrary, the fewer lacunae remain, the more difficult closing them with targeted purchases becomes. In recent years, the Lenbachhaus has made a dedicated effort to enhance its collection by trying to acquire these special and difficult-to-find positions. Extensive research and the assistance of individuals and institutions have paved the way for a series of spectacular accessions to the collection. The acquisition of two self-portraits by Elisabeth Epstein—presumably the only extant works by the artist from the Blue Rider period known today—was arguably a small sensation.

With the presentation of the new accessions of the past several years, we want to share with our visitors some of the exciting insights we gained as we enlarged our collection. We also want to introduce them to the selected works in the run-up to the comprehensive rearrangement of the Blue Rider collection display scheduled for March 2021. Our small exhibition of the newly acquired works is also a token of our profound gratitude to the Lenbachhaus’s sponsors, who supported us both financially and in non-material ways.

Our greatest debt of gratitude, however, is to the Förderverein Lenbachhaus e.V., which, in just a few years, has added the acquisition of two works by August Macke and one work each by Wassily Kandinsky and Marianne von Werefkin to its ongoing support for diverse programs at the Lenbachhaus. Created in 1910, at a crucial juncture in Werefkin’s creative evolution, the large-format painting "Into the Night" was bought in celebration of the Förderverein’s twenty-fifth anniversary in 2018. The recent acquisition of Kandinsky’s important early work "Rapallo—Seascape with Steamship", painted when the artist and Gabriele Münter were staying in Italy in 1906, marks the beginning of a new chapter in the Förderverein Lenbachhaus’s efforts, defined by the ambitious aim of supporting such financially challenging purchases for the Blue Rider collection. Moreover, a number of private individuals have supported us in the recent past with valuable gifts. We would like to express our sincere gratitude to all of them for these generous gifts and the appreciation of our work they reflect. 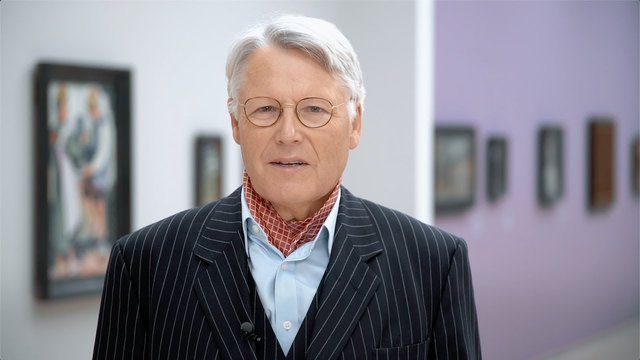 More modern art for the Lenbachhaus – Alexander Mettenheimer on the collection The Blue Rider and the Förderverein Lenbachhaus e.V. 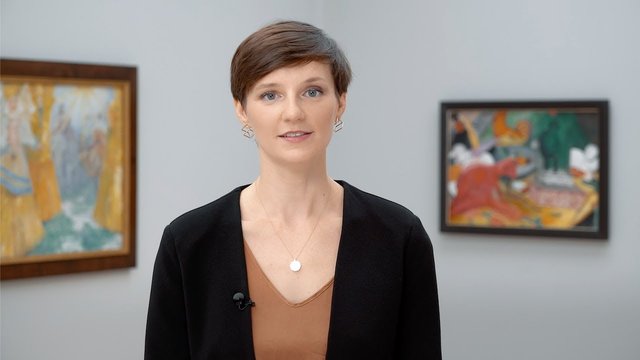 More modern art for the Lenbachhaus – Eva Tillig on the new acquisitions and the Förderverein Lenbachhaus e.V.