A wall of water springs up, blocking the view of the Propylaea. It is only when someone has the courage to walk right up to it that it abruptly collapses, opening a path into the fountain or out of it. A little later, the gate closes again, leaving the interior sealed from the plaza and neighboring streets by curtains of water.

"A technically consummate, smart, witty, megalomaniacal work" was what Silke Hohmann, writing in Monopol, called Jeppe Hein’s interactive water pavilion "Space in Action / Action in Space". Like many of the Danish artist’s works, it invites the public: to come closer, to not be shy in the presence of art, to get involved, to become active. Without being obtrusive, Hein creates a place for community, appealing to passersby’s playful curiosity and encouraging them to make the fountain their own—as an intimate setting for a moment of rest or as a meeting place, a scene of fun and delight.

"Modified Social Benches" is the artist’s term for the three benches that flank the fountain. Outwardly reminiscent of ordinary park or garden benches, they have been modified so that sitting down on them comes with a certain level of physical discomfort. Half functional furniture, half dysfunctional art object, the benches, like the fountain, invite the visitors to make active use of them, to try out their potential and interact with others.

Technically ingenious and formally rigorous, Hein’s sculptures bring the abstract legacy of minimalist art to life. Yet far from making self-sufficient objects, he creates works that want to be experienced. His art positively solicits the audience’s active physical engagement, and it is only in dialogue with the public that his installations become what they are.

Jeppe Hein’s interactive constructions read as playful observations about the potential of art in public settings. He experiments with spatial and social boundaries between inside and outside, private and public, integration and exclusion.

Acquired in 2002 with support from Jubiläums-Stiftung der Deutsche Bank AG Filiale München, Munich, in favor of the Lenbachhaus, the interactive water pavilion "Space in Action / Action in Space" is now coming back for an encore on the museum plaza in 2021. 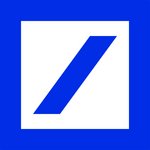 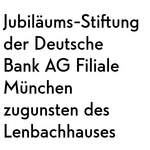 today
open
from
10am until 8pm